With great sadness, the AMAP Secretariat has been informed that AMAP Vice-Chair Yuri Tsaturov passed away Thursday 8 April due to Covid.

Yuri Tsaturov was a tremendously important person for the AMAP collaboration from its establishment in 1991 until the time of his death. He was one of the longest serving persons in the Arctic collaboration and contributed immensely to the success of the AMAP scientific work in his various roles as AMAP Head of Delegation for Russia, Vice Chair of the AMAP Working Group and Co-Lead of the AMAP Radioactivity Expert Group. Yuri Tsaturov held the position of Special Assistant to the Head of the Russian Federal Service for Hydrometeorology and Environmental Monitoring (Roshydromet) with responsibility for meteorology and pollution. He was also involved in the remediation work following the Chernobyl accident in 1986, and was Chair of the UN ECE Working Group on Environmental Monitoring, working in particular with environmental monitoring in the countries of the former Soviet Union. 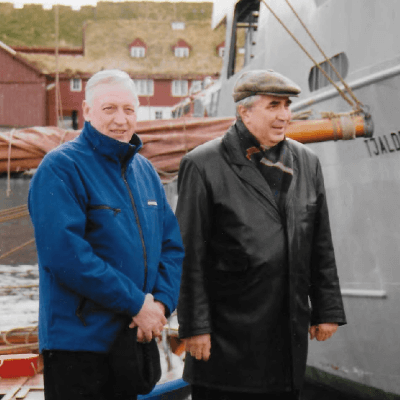 Yuri Tsaturov supported international work that contributed Russian environmental data to the cross-border cooperation, in particular within the field of radioactivity and potential sources of radioactive pollution in the Arctic region. In addition, he secured the engagement of Russian scientists in AMAP's scientific work, including experts on persistent organic pollutants, oil and gas, and radioactivity. Yuri was a person who searched for solutions to the many challenges in the Arctic region. Yuri Tsaturov’s warm presence and reflective mind will be much missed and our thoughts and condolences are with his wife and family, and with his colleagues. His funeral took place on 12 April.